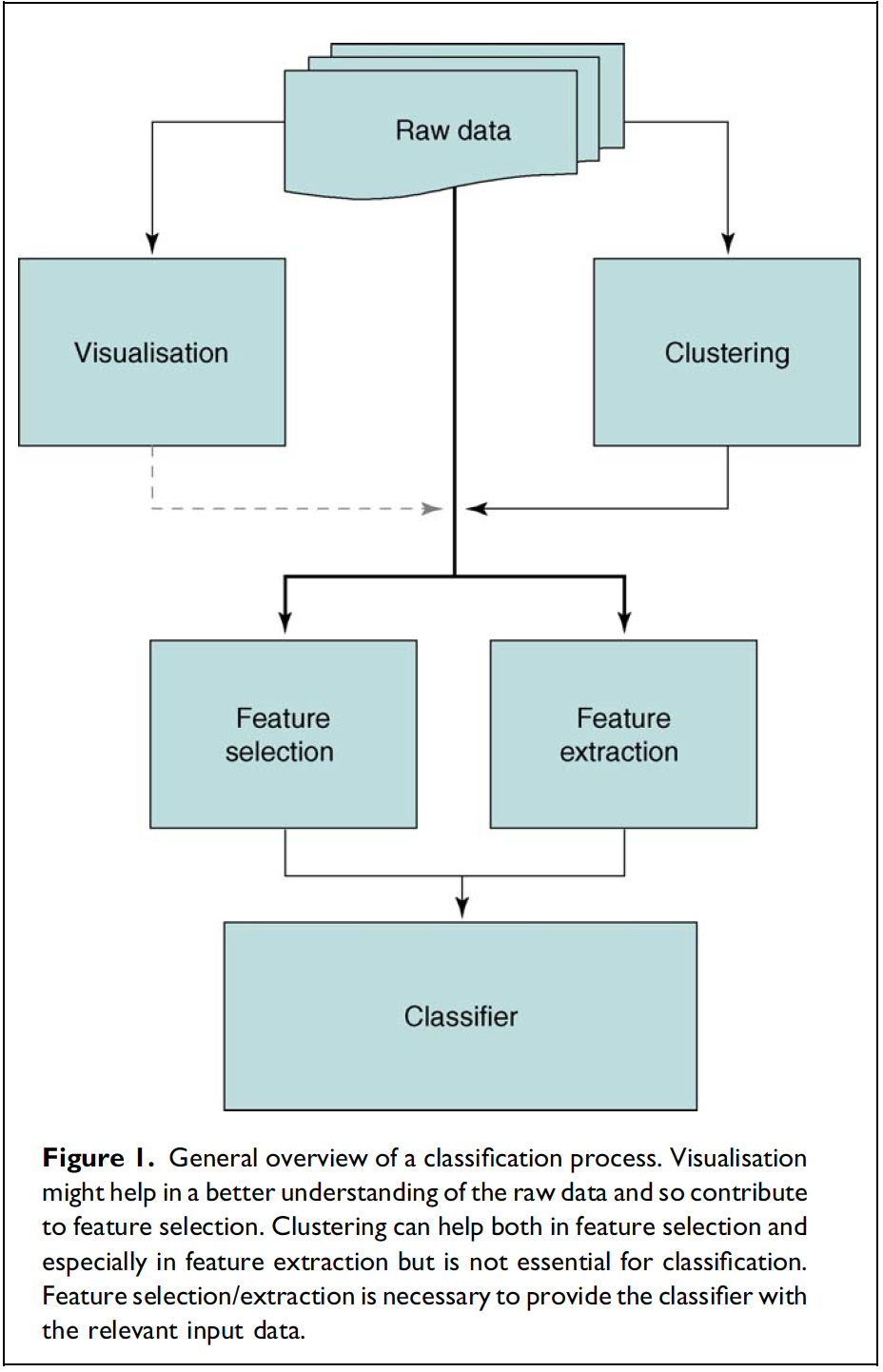 Overview of Process of Algorithmic Classification

Methods for classification based on classical multivariate statistical theory should not be applied onto data where the number of dimensions exceeds the number of examples. For instance, data derived from a microarray study aimed towards the establishment of a classifier which will discriminate between diseased and healthy tissue might well describe the expression levels of over 20,000 genes for each tissue sample, with generally far less than 1000 examples of each type of tissue. The problem that is encountered is the ‘Curse of Dimensionality’ [14], which basically tells us that when the number of samples is small compared to the dimensionality of the samples, a perfect classification can be achieved in the dataset by chance. The classifier will make decisions which have little to do with the information content of the data. This will produce a classifier which will subsequently make poor predictions on new datasets. To solve this problem, several strategies have been developed. One such strategy is to select the individual single features which show high discriminatory power between the classes. This can be achieved by performing several possible statistical tests to assess, for example, significant differences of mean or median values across classes. This form of feature ranking and selection will reduce the number of features which subsequently can be used to build the classifier and help to reduce the variability in the eventual classifier performance.