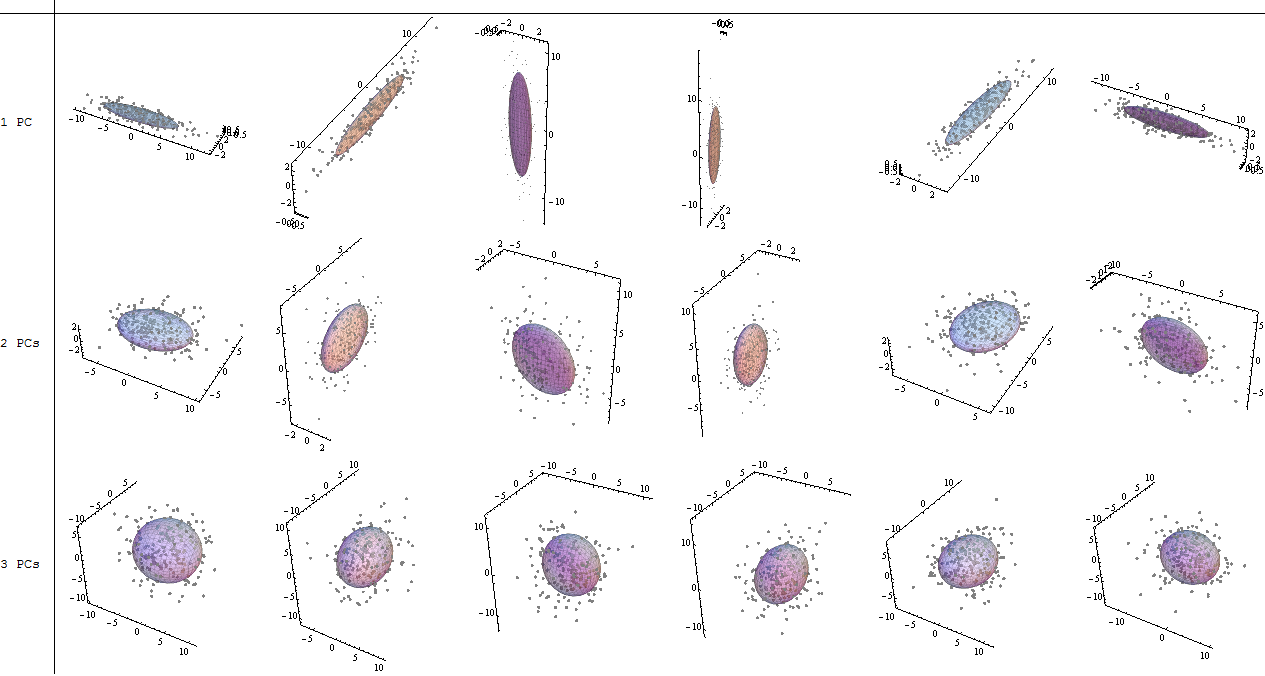 PCA fits an ellipsoid to the data. An ellipsoid is a multidimensional generalization of distorted spherical shapes like cigars, pancakes, and eggs. These are all neatly described by the directions and lengths of their principal (semi-)axes, such as the axis of the cigar or egg or the plane of the pancake. No matter how the ellipsoid is turned, the eigenvectors point in those principal directions and the eigenvalues give you the lengths. The smallest eigenvalues correspond to the thinnest directions having the least variation, so ignoring them (which collapses them flat) loses relatively little information.

Being able to reduce dimensions is a good thing: it makes it easier to describe the data and, if we’re lucky to reduce them to three or less, lets us draw a picture.