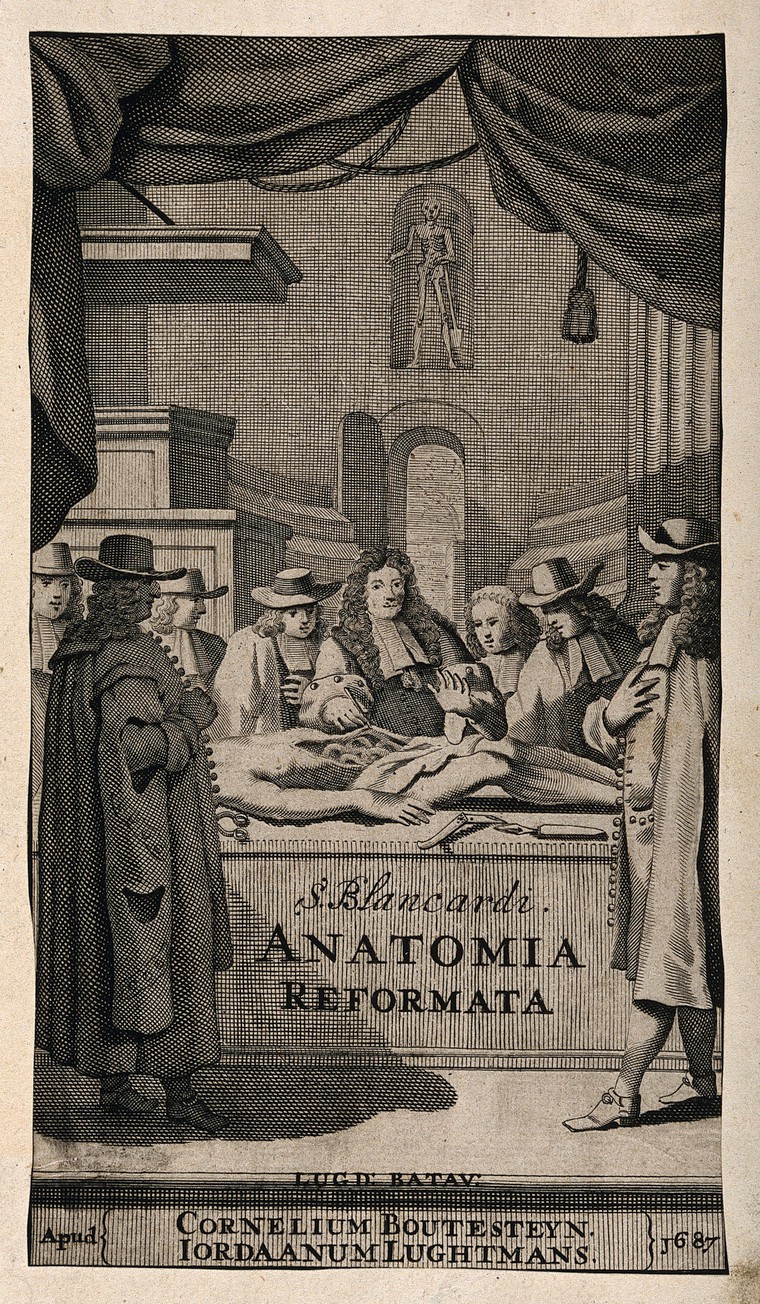 The Dutch anatomist Steven Blankaart (1650-1704) performing a dissection in an anatomy theatre, with seven observers. Engraving, 1687.

The Dutch anatomist S. Blankaart, surrounded by seven observers, retracts the skin of the cadaver he is dissecting to reveal the intestines. Directly behind him is a door leading out of the anatomy theatre and above this, in a niche, is a skeleton holding a spade. Among the surgical instruments lying next to the corpse is a pair of glasses, on the left. Blankaart is similar in features and dress to his engraved portrait at the age of thirty-six (see this catalogue no. 1159), which faces the engraved title page in the Leiden 1687 edition.