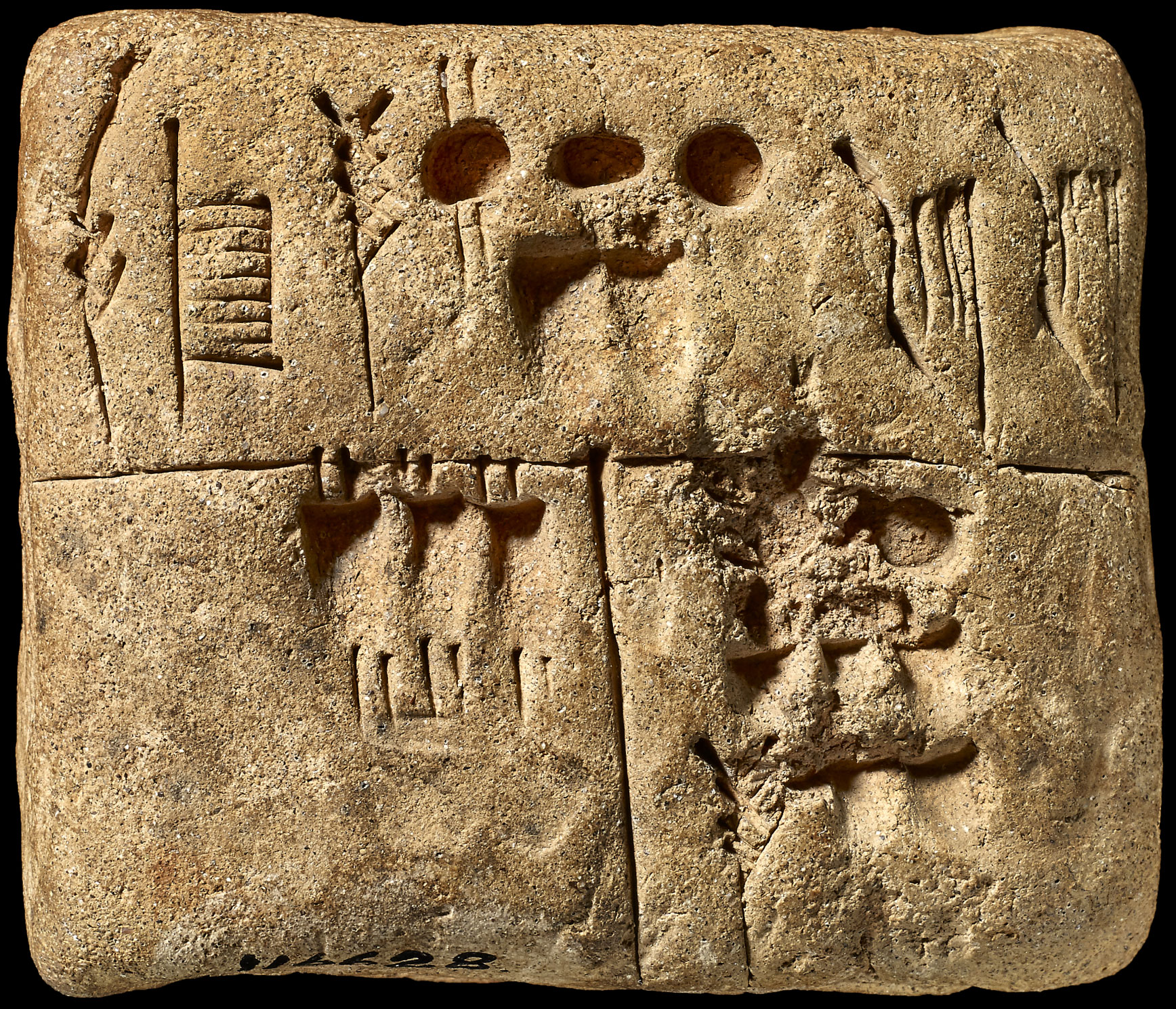 Mesopotamian tablet preserving a list of barley portions distributed as wages to farm labourers 5,000 years ago. It shows a very early stage of cuneiform writing in which circular holes were used for numbers in order to keep count of transactions of goods. It has been argued that writing in Mesopotamia originated from such counting marks. This counting system was used from 7500 BC onwards across the Fertile Crescent, from the Mediterranean coast down to the Persian Gulf. Whereas simple tokens could be pressed into the surface and easily recognised, complex tokens with their incised patterns could not be so clearly distinguished. So their shape and markings were drawn directly onto the surface of the clay ball or tablet with a cut reed.