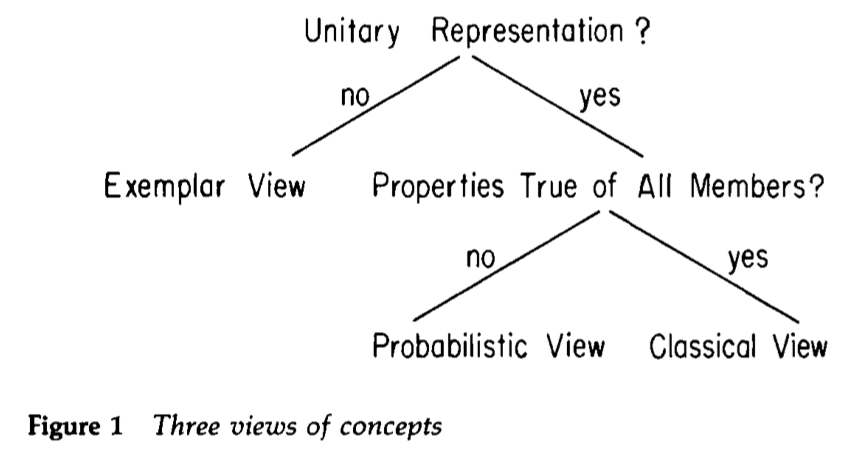 ... a great deal in psychology hinges on how people acquire and use concepts, which in turn depends on the structure of concepts. .. Until recently the dominant position — which we will call the classical view, held that all instances of a concept shared common properties, and that these common properties were necessary and sufficient to define the concept. This view, which dates back to Aristotle, has always had its critics, but in the past decade the criticisms have become more frequent and intense, and new views have emerged. Perhaps the most prominent of these assumes that instances of a concept vary in the degree to which they share certain properties, and consequently vary in the degree to which they represent the concept. This view has sometimes gone by the name of prototype, but since this label has been used to mean many different things, we prefer to call it the probabilistic view. Another emerging view, which offers an even more extreme departure from the classical one, holds that there is no single representation of an entire class or concept, but only specific representations of the class's exemplars. This we call the exemplar view.